Studying Chinese Christianity: From a Transplanted Foreign Religion to an Indigenous Chinese Religion 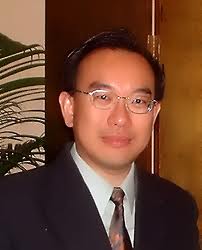 "Numerical expansion in Chinese Christianity in the last couple of decades has occurred at an unprecedented rate. A rate which continues to surprise and alarm some of those observing it. It’s surprising partly because of the ambiguous history of Christianity in China, a history marked both by a high level of cultural and political engagement by the Jesuits in the 17th century, and by a very unashamed alliance with foreign interference and colonial power in the 19th century. In spite of that, China is moving towards having the largest Christian population in the world. A safe guess would be 50-80 million Protestants in China today."*

Contemporary China is experiencing a big revival of Christianity, despite strict governmental controls on religions. At its current pace of rapid growth, China could have the world’s largest population of Christians, as Archbishop Rowan Williams noted in an article that he penned after visiting China to see for himself Christianity’s rapid growth. Self-initiated Chinese efforts have led to an impressive growth of Chinese Christians, with the majority of converts belonging to newly emerging independent house churches that are primarily Pentecostal or Charismatic in orientation. Indeed, China is on track to be the country with the largest number of Evangelicals and Pentecostals, albeit in numerical terms rather than as a percentage of its total population.

Moreover, many of the existing titles on Chinese Christianity are written by missionaries from an uncritical Eurocentric missiological perspective, that is, focusing on issues that are of interest or concern to missiologists, mission societies, or denominational headquarters in Europe or North America (e.g., the success of missionaries such as Matteo Ricci or James Hudson Taylor). Nonetheless, history is not written within a socio-historical vacuum. A critical understanding of history reveals the fact that supposedly “objective” historical perspectives which are narrated by missionaries are in reality biased toward the perspectives of their institutional denominations or sponsoring mission societies.
What is needed in the study of Chinese Christianity is a fresh look at Christianity through Chinese eyes, away from the entrenched model of foreign missionaries and scholars peering into the Chinese landscape from their Eurocentric social locations, writing to explain their missionary endeavors and document their successes and failures. To put it more bluntly, what is needed is new scholarship that will locate the history of Chinese Christianity within its Chinese social location, that is, a “history of Chinese Christianity” rather than a “history of Christian missions in China,” in which Chinese Christians are the subjects of study rather than objects of missionary evangelization by the European and North American missionaries to China.
For example, new studies would take a fresh look at how the Chinese perceived the missionaries, what they thought about the Gospel message as presented by these missionaries, why they reacted to the missionaries’ missionary enterprise the way they did, and how they appropriated and transformed Eurocentric presentations of Christianity that the missionaries preached to them. They will also explore indigenous forms of Chinese Christianity that are often regarded as marginal by Western missionaries because these indigenous forms do not conform to European models of Christianity, or are independent of European missionary control. This includes Hong Xiuquan 洪秀全(1814-1864)’s synthesis of Chinese/Daoist and Christian millennialism into a potent mix, sparking the Taiping Rebellion, as well as the emergence and spread of indigenous forms of Christianity that are completely independent of European missionary control, e.g. Watchman Nee 倪柝聲 (1903-1972) and the Little Flock Movement 地方教會 that he started, as well as the massive evangelical revival movement that was initiated by John Sung 宋尚節 (1901-1944).

In conclusion, Christianity’s fate in China is no longer tied to European or North American churches. It is slowly but surely becoming a Chinese religion in the same manner as Chinese Buddhism, which evolved from a foreign religion to become a Chinese religion. Christianity, once foreign, has now become a truly Chinese religion, in the same manner as Buddhism is now deeply rooted in the Chinese socio-religious and cultural landscape, and accepted as an indigenous Chinese religious tradition, rather than as the foreign religion of Indian Buddhist missionaries. This development has important implications. What this means is that the classical missiological framework of the traditional sending churches in Europe and North America and emerging receiving church in China is no longer relevant. New lines of scholarly enquiry that focuses on Chinese Christianity not as an “export” of Christianity by European missionaries to China, but the reception and transformation of Christianity in a new social location, viz., China, will be needed. Kwok Pui-lan’s Chinese Women and Christianity,1860-1927 (1992) and Daniel Bays’ A New History of Christianity in China (2011) are steps in the right direction. Hopefully, other scholars and researchers will come forward with new critical studies of Chinese Christianity as an indigenous Chinese religion and a legitimate form of World Christianity.

* Dr. Jonathan Y. Tan is Senior Lecturer at the Australian Catholic University School of Theology in Sydney, Australia, and is the author of Introducing Asian American Theologies (Orbis Books, 2008).

This blog is set up to exchange ideas and strategies about teaching theology in a global and transnational world. Submissions are welcome. Please send to Kwok Pui-lan at PKwok@eds.edu.